“And they sang a new song, saying, ‘Worthy art Thou to take the book, and to break its seals; for Thou was slain, and did purchase for GOD with Your blood men from every tribe and tongue and people and nation..” Rev. 5:9 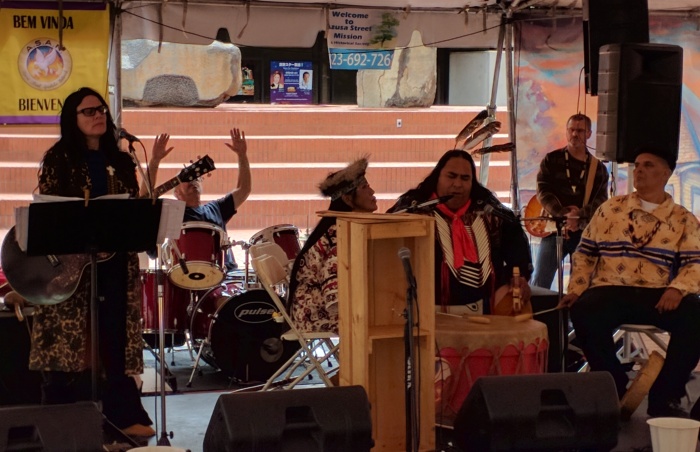 On April 9, I was part of a worship team that led worship for the yearly Azusa Fest, in downtown Los Angeles. This gathering celebrates the revival movement known as the Azusa Street revival. I was honored to be a part of the Native American team that led worship at the event, on the historic Azusa street. A little background info, on Azusa Street: 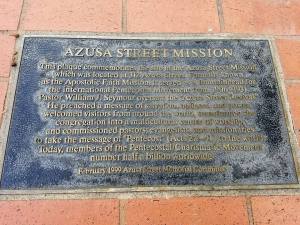 In the city of Los Angeles, in 1906, on a street called Bonnie Brae (coincidentally, the street I grew up on, but in Virginia), a revival movement started that would change millions around the world. This movement, now known as Azusa Street revival, was the catalyst for the growth of the Pentecostal movement around the world, causing a massive missionary movement that sent missionaries around the world to preach the Gospel. The movement grew so fast, that it had to be moved from a house on Bonnie Brae street, to what basically amounted to a barn, on Azusa street, in downtown Los Angeles. It was here that thousands came from around the world, to experience the Holy Spirit, and the call of GOD on their lives. In doing a bit of research on the Azusa street revival, a quote describing the gatherings, from the movement’s Apostolic Faith publication, stood out to me:

“One token of the Lord’s coming is that He is melting all races and nations together, and they are filled with the power and glory of God. He is baptizing by one Spirit into one body and making up a people that will be ready to meet Him when He comes.”

I can honestly say that my experience in being a part of the Native American worship session, at Azusa Fest 2017, was exactly that. I was so impressed at the different nations involved. Native Americans, African Americans, Caucasian, Asian, European people, were all a part of the event. A Ukrainian pastor, shared how he and his wife felt called to move to the USA, to bring the Gospel. I know this blesses the heart of the Lord, when believers come together in unity, and I am super thankful that I got the opportunity to be a small part of this.  His word says it best in the Revelation 5:9 verse above! 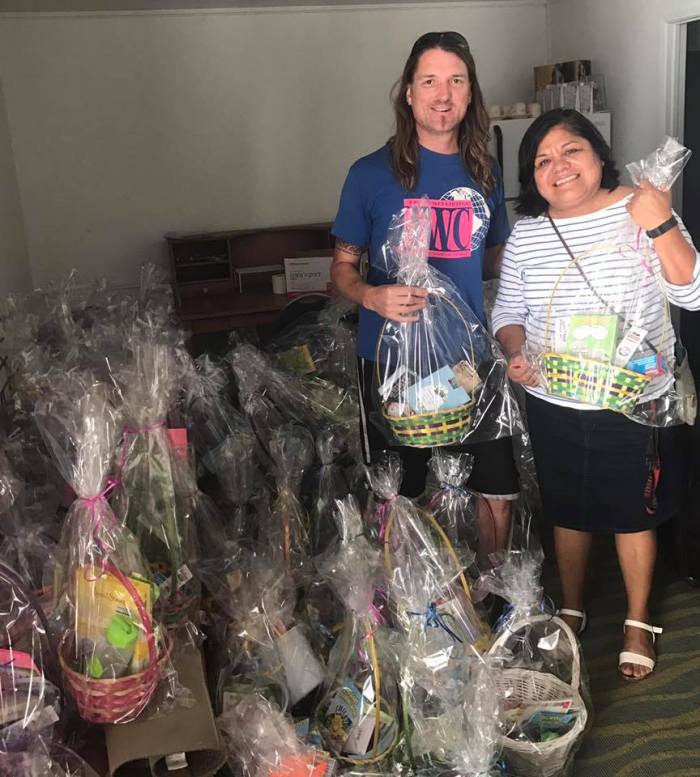 140 baskets were delivered Good Friday to the children in Tijuana. Each of these baskets, along with the usual chocolate goodies, contained some practical gifts of socks, or hygiene product. But the most special enclosure, is a personalized card written and colored by a child in San Diego.  Thank you Bridge of Hope San Diego for sharing with us this blessing given to you. We had a wonderful Passover and Holy Week season and pray you did as well.    Love, Wayne & Carol